The study trail and the geological site is open for visitors all year round.

There is a globally significant, large natural site for the so-called “wasp stone” at the SE margin of the Ridge of the Danube-Tisza Interfluve, near the village of Csólyospálos. A wide, 3 km long wind-blown basin with a NW to SE orientation lies some 1.5 km NE from the village. Its central part was formerly covered by a soda lake. Wasp stone, which used to be a valuable construction material, had been harvested here for decades. The geological site by the village is an abandoned stone pit (quarry), which was excavated by hand tools.

The area became a nature reserve in 1978. The site is a geological type section, and similar sections could easily be prepared in several other wet depressions of the Danube-Tisza Interfluve. Even though this geological phenomenon is common in Central Hungary, we know very few similar areas globally. Other, presently known sites are located in California, Central Anatolia, Iran and South Australia.

More about the geological site

The geological site is a strictly protected natural area; please do not leave the boardwalk when visiting. 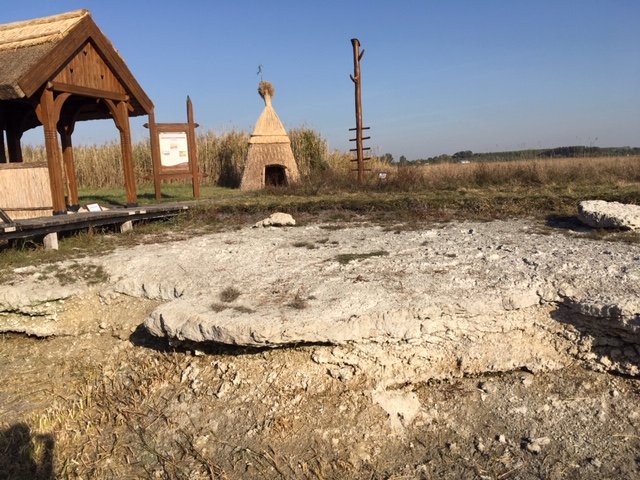 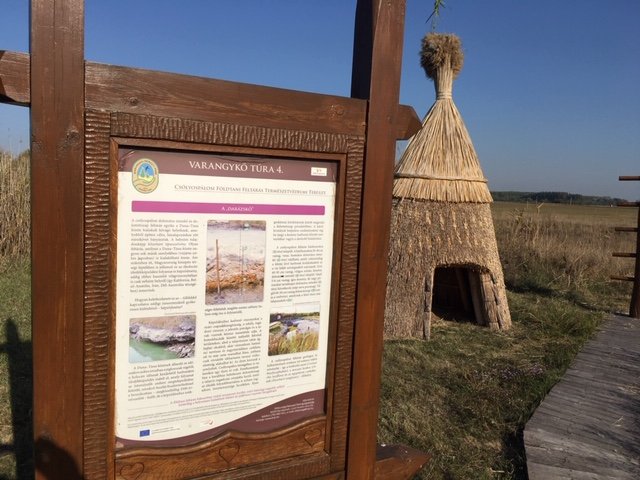