The soda lakes of the Kiskunság are not only famous for their unique fauna and flora and their role in bird migration but also for accumulating a special carbonate-rich deposit, which can turn into a mixture of dolomite and limestone. This geological formation of the Danube-Tisza Interfluve is the only stone of the plains; it had several local names including “wasp stone”, ”meadow limestone”, “toad stone”, ”swamp stone”, “mud stone” and ”grass stone”. Similar stones can only be found in lakes of the Middle East, California, Iran and South Australia.

There is a geological transect near Csólyospálos that could have as well been prepared at various other saline flats of the Danube-Tisza Interfluve. A 3 km long wind-blown grove lies near the village, and, in the middle of it, a soda lake used accumulate carbonate-rich sediment, just like in the other soda lakes of the Interfluve. The sediment is mainly loose carbonate mud but a 20-60 cm thick, solid carbonate layer, composed of a mixture of dolomite and limestone, also precipitated.

The stone was called “wasp stone” because of its porous structure, while the name, “meadow limestone”, refers to the environment it is found at. Its durability is lower than that of the stones mined in mountainous regions, but its local origin and hence its low price had made it a popular construction material for centuries after the Árpád Era.

Sites for this stone could be found during agricultural activities or while digging pits for brick making but expert stone miners also looked for this stone specifically. The stone was used for the basements and walls of churches, and basements of houses and agricultural buildings. Rich people also used it for strengthening the walls of their cellars. Now the stone can be found in the ruins next to the Franciscan Order Church, located in the city centre of Kecskemét and also in the Csonka Tower of Soltszentimre.

By now, the formation of freshwater limestone has ceased near Csólyospálos due to increasing human impact and some natural processes (e.g. the climate became too moist). In other soda lakes that still contain water, freshwater limestone is still being formed with a low rate; however, the process is very sensitive to human influence. It depends on us, whether this geological process, which is unique in Europe and started 13,000 years ago at the end of the Ice Age, would carry on in the Kiskunság.

The Csólyospálos Geological Site, where a mixture of dolomite, limestone and dolomite mud was mined, was declared protected 40 years ago, in 1978 due to its landscape historical, geologic and cultural significance.

The National Park Directorate prepared the Toad Stone Study Trail at the archaeological site. The geological section at the former stone pit provides insight into the arrangement of meadow limestone and dolomite mud among the soil layers. Besides the ethnological value of meadow limestone, visitors can learn about the characteristic buildings of pastoral culture and the remaining rich wildlife of the former soda lake along the study trail.

The study trail and the geological site is open for visitors all year round.

The geological site is a strictly protected natural area; please do not leave the boardwalk when visiting. 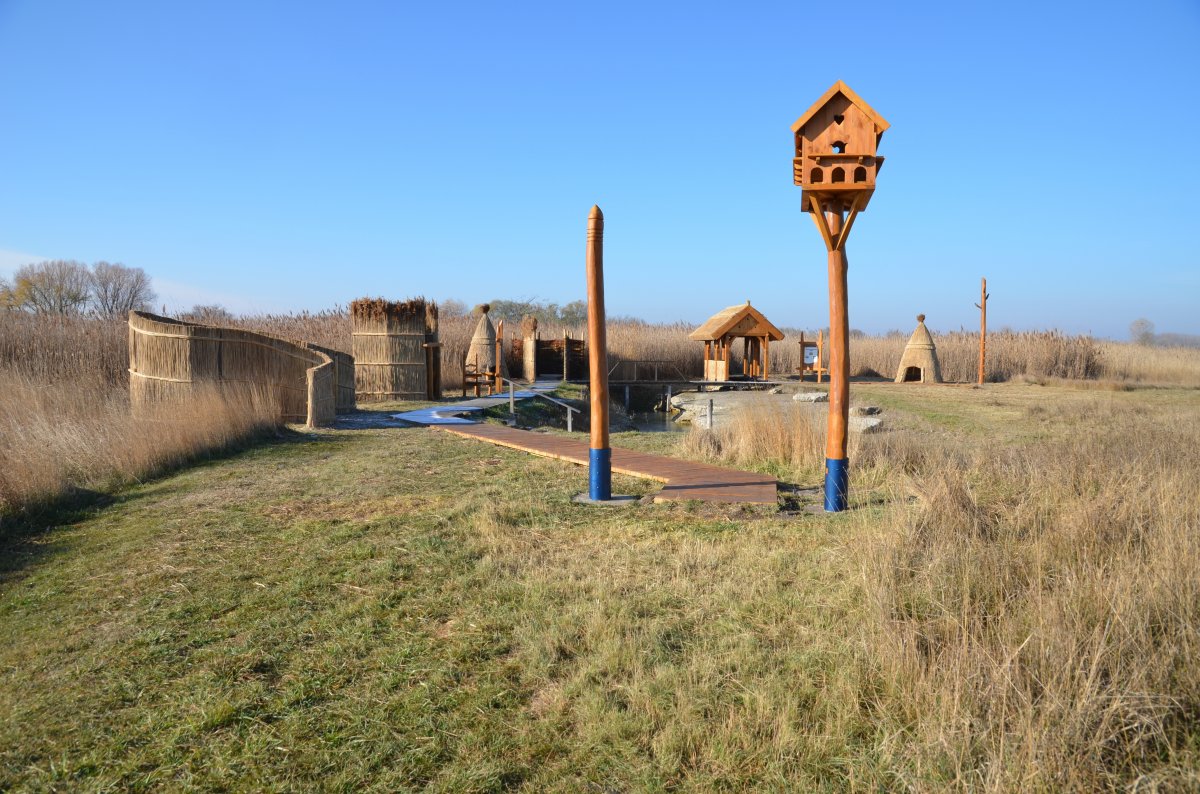